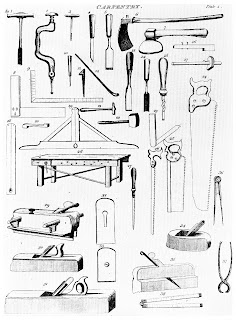 Digital generative tools coupled with rapid prototyping/fabrication techniques have permeated architectural education and practice at all levels.
The outcome of the design and production processes of any artefact (architectural or otherwise) are inextricably linked to the tools used in said processes. The study of design in conjunction with the tools used has been practiced since the times of Vitruvius, and it is only in the years following the Industrial Revolution up till the late 20th century, that the realm of architectural education has been divorced from that of fabrication. The rise of digital fabrication tools in architecture represents a return to previous practices, albeit in new media.
A large pool of digital ready-made tools exists today, built to respond to more or less specific problems or tasks, while retaining an in-built level of flexibility and personalization. The huge strength of these tools - the advantages they offer over traditional methods, in harnessing material and fabrication logics - can only be accessed by bypassing conventional interfaces to get closer to the machine logic of programming or building parametric components to generate shapes.
The only part-realised promise of digital tools is that new levels of complexity and differentiation will be thus introduced to architectural projects, through code, in order to exploit the power of algorithmic-based complex systems such as those observed in nature.
But, before delving into such complexity, we must start with simple tasks and simple rules: This is the playground where students practice; a pool where to share results and queries. Some of the initial exercises may seem obvious or naive to the experienced code-monkey, but only serve to provide a solid base for further, more ambitious experimentation (...code-monkeys go ahead!). Besides, as Mandelbrot demonstrated in the 1980s, complexity is to be found only a half -step away from the most naive of starting points. We all start from the basics and this is intended as a place to start.

Comments and contributions are most appreciated!

Newer Post Older Post Home
Subscribe to: Post Comments (Atom)
This is the work in progress at the Python scripting and fabrication workshop organized at Architectural Association London for the Emergent Technologies and Design (Emtech) 2011-2012
Organized and Tutored by Marina Konstantatou, Vincenzo Reale (pquod.blogspot.com), Giancarlo Torpiano and the help of Evan Greenberg