The objective is to draw a circle of variable radius (ie.you can change the radius at a single point in your code without having to change everything!), at points drawn manually in the Rhino workspace. 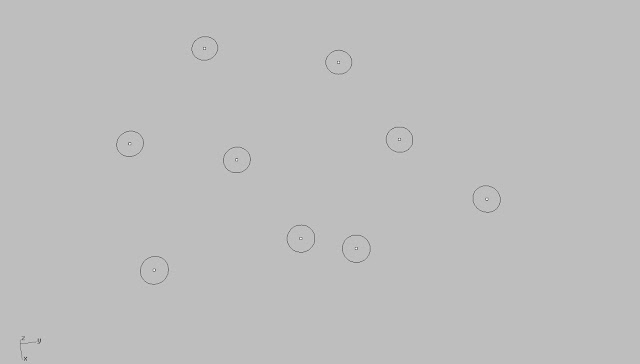 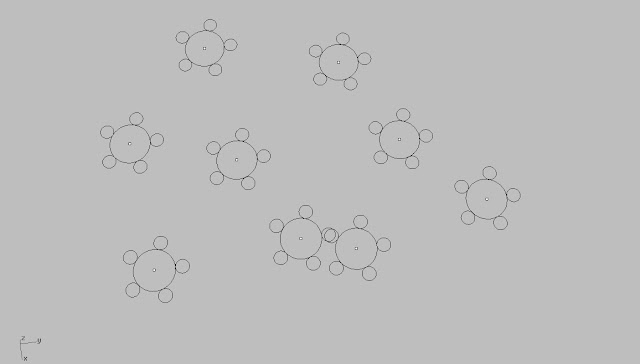 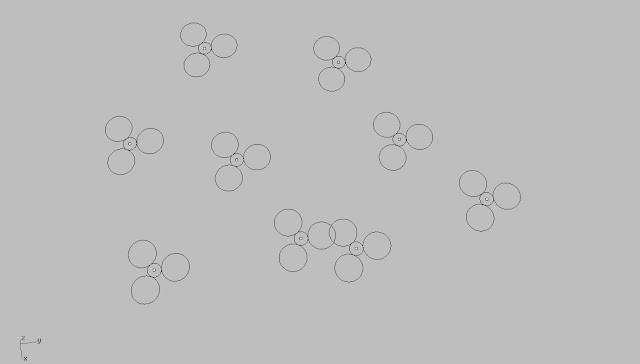 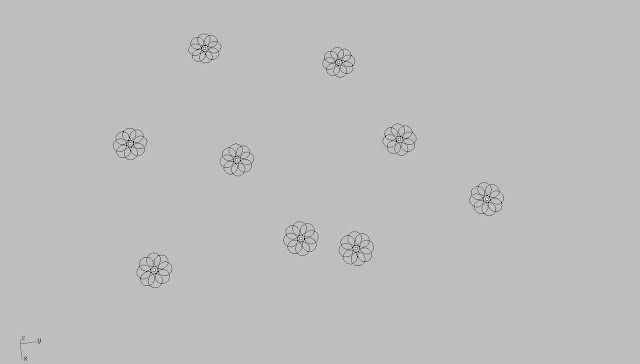 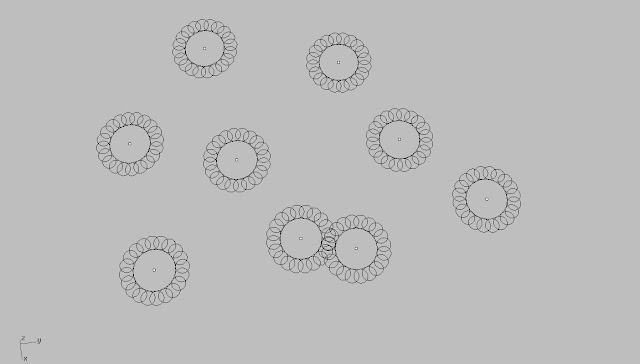 All of the above patterns were obtained using the same code, but by varying the 3 input parameters: radius1, radius2, number of secondary circles around main circles. No more than 20 lines of code!
Posted by GT at 3/13/2012 03:12:00 am

Newer Post Older Post Home
Subscribe to: Post Comments (Atom)
This is the work in progress at the Python scripting and fabrication workshop organized at Architectural Association London for the Emergent Technologies and Design (Emtech) 2011-2012
Organized and Tutored by Marina Konstantatou, Vincenzo Reale (pquod.blogspot.com), Giancarlo Torpiano and the help of Evan Greenberg